See what sort of trouble users can get in trying to type your domain name. Find lookalike domains that adversaries can use to attack you. Can detect typosquatters, phishing attacks, fraud, and brand impersonation. Useful as an additional source of targeted threat intelligence.

DNS fuzzing is an automated workflow for discovering potentially malicious domains targeting your organisation. This tool works by generating a large list of permutations based on a domain name you provide and then checking if any of those permutations are in use. Additionally, it can generate fuzzy hashes of the web pages to see if they are part of an ongoing phishing attack or brand impersonation, and much more!

In a hurry? Try it in your web browser: dnstwist.it

If you want to run the latest version of the code, you can install it from Git:

Invoke the following command to install the tool with all extra packages:

Installation is simplified thanks to Homebrew package. This will install dnstwist along with all dependencies, and the binary will be added to $PATH.

If you prefer Docker, you can pull and run official image from the Docker Hub:

This tool is designed to run fine with just standard Python3 library. However, a couple of third-party packages are required to show its full potential.

If running Debian-based distribution, you can install all external libraries with just single command:

Alternatively, you can use Python PIP. This can be done within a virtual environment to avoid conflicts with other installations. However, you will still need essential build tools and a couple of libraries installed.

The tool will run the provided domain name through its fuzzing algorithms and generate a list of potential phishing domains along with DNS records.

Usually thousands of domain permutations are generated – especially for longer input domains. In such cases, it may be practical to display only the ones that are registered:

Ensure your DNS server can handle thousands of requests within a short period of time. Otherwise, you can specify an external DNS server with --nameservers argument.

Manually checking each domain name in terms of serving a phishing site might be time-consuming. To address this, dnstwist makes use of so-called fuzzy hashes (context triggered piecewise hashes). Fuzzy hashing is a concept that involves the ability to compare two inputs (in this case HTML code) and determine a fundamental level of similarity. This unique feature of dnstwist can be enabled with --ssdeep argument. For each generated domain, dnstwist will fetch content from responding HTTP server (following possible redirects) and compare its fuzzy hash with the one for the original (initial) domain. The level of similarity will be expressed as a percentage.

Note: Keep in mind it’s rather unlikely to get 100% match for a dynamically generated web page, and that a phishing site can have completely different HTML source code. However, each notification is a strong indicator and should be inspected carefully regardless of the score.

In some cases, phishing sites are served from a specific URL. If you provide a full or partial URL address as an argument, dnstwist will parse it and apply for each generated domain name variant. This is obviously useful only with the fuzzy hashing feature.

Sometimes attackers set up e-mail honey pots on phishing domains and wait for mistyped e-mails to arrive. In this scenario, attackers would configure their server to vacuum up all e-mail addressed to that domain, regardless of the user it was sent towards. Another dnstwist feature allows performing a simple test on each mail server (advertised through DNS MX record) to check which one can be used for such hostile intent. Suspicious servers will be flagged with SPYING-MX string.

Note: Be aware of possible false positives. Some mail servers only pretend to accept incorrectly addressed e-mails but then discard those messages. This technique is used to prevent “directory harvesting attack”.

If domain permutations generated by the fuzzing algorithms are insufficient, please supply dnstwist with a dictionary file. Some dictionary samples with a list of the most common words used in phishing campaigns are included.

If you need to check whether domains with different TLD exist, just supply a dictionary file with the list of TLD.

Apart from the colorful terminal output, the tool allows exporting results to CSV and JSON. In case you need just the permutations without making any DNS lookups, use --format list argument:

The tool can perform real-time lookups to return geographical location (approximated to the country) of IPv4 addresses.

To display all available options with brief descriptions simply execute the tool without any arguments.

Along with the length of the domain, the number of variants generated by the algorithms increases considerably, and therefore the time and resources needed to verify them. It’s mathematically impossible to check all domain permutations – especially for longer input domains which would require millions of DNS lookups. For this reason, this tool generates and checks domains very close to the original one. Theoretically, these are the most attractive domains from the attacker’s point of view. However, be aware that the imagination of the aggressors is unlimited.

Unicode tables consist of thousands of characters with many of them visually similar to each other. However, despite the fact certain characters are encodable using punycode, most TLD authorities will reject them during domain registration process. In general, TLD authorities disallow mixing of characters coming from different Unicode scripts or maintain their own sets of acceptable characters. With that being said, the homoglyph fuzzer was build on top of carefully researched range of Unicode characters (homoglyphs) to ensure that generated domains can be registered in practice.

The scanner is utilized by tens of SOC and incident response teams around the globe, as well as independent information security analysts and researchers. On top of this, it’s integrated into products and services of many security providers, in particular but not only:

To send questions, thoughts or a bar of chocolate, just drop an e-mail at marcin@ulikowski.pl. You can follow the author on Twitter to stay in the loop on major improvements and related news. Any feedback is appreciated. If you have found some confirmed phishing domains or just like this tool, please don’t hesitate and send a message. Thank you. 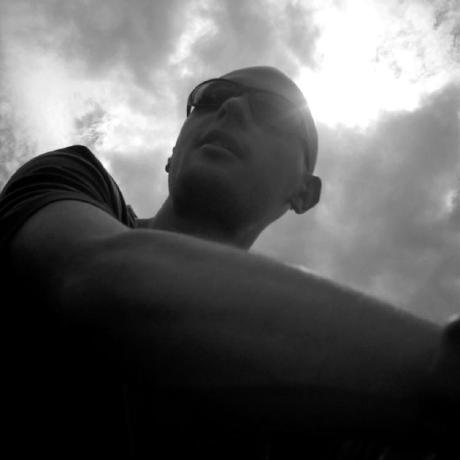 143 Subscribers 2675 Watchers 500 Forks Check out this repository on GitHub.com (this link opens in a new window)