MedSec is a network and pentest utility that I developed so that I could perform different kinds of task using the same suite, instead of jumping from one tool to another.

Currently, this script can perform a good variety of tasks such as:

Note that currently, this script can only run well on Linux. If you try it in on Windows or macOS, it may run, but numerous errors will appear. It will have Windows support anytime in the future.

However, if you are using any other Linux distro with a different package manager, please install the packages manually using your distro’s package manager. Depending on the specific distro used, some of the required packages to run this script might be already installed on your machine. The necessary packages are:

After the installation, to run the program, simply navigate to the project’s directory and run the medsec.py file using python. Running the script as root is recommended for better performance and to avoid permission errors. The used command is the following:

Scanning ports helps detect potential security breaches by identifying the hosts connected to your network and the services running.

To look for current up devices on a given network type the following command:

Then type the network you want to scan.

To get a MAC address of one or more live hosts on the LAN, use the command:

Banner grabbing is a reconnaissance technique that retrieves a software banner information. This banner usually contains important information about a network service, including but not limited to, it’s software name and version. FTP, Web, SSH, and SMTP servers often expose vital information about the software they are running in their banner.

A banner attack usually starts off with a enumeration scan to find open ports. Once you identified a service you want to target, you can send specific packets and inspect the traffic for the specified information.

To perform banner grabbing, depending on your specific needs, type one of the following commands:

This feature is similar to the well known nslookup command used on UNIX systems. If you want to do a DNS check, type the following:

Subdomain enumeration is the process of finding valid sub-domains for one or more domain.

Sub-domain enumeration can reveal a lot of domains/sub-domains that are in scope of a security assessment which in turn increases the chances of finding vulnerabilities.

If you wish to look for common subdomains of a domain, simply type:

To scan one or more hosts for vulnerabilities use the following command:

Note that this feature uses Shodan API. It is recommended to change the API key to yours as the key provided might be being used by other people.

If you want to display your system’s current TCP/IP network configuration, type the following command:

To send ICMP packets to one or more hosts to check connectivity, simply type:

To diagnose route paths and measure transit delays, use the -traceroute command:

The objective of IP spoofing is to modify the correct source IP address so that the system to which a packet is directed cannot correctly identify the sender.

Note that this command only works on machines with unpached vulnerabilities. To performe IP spoofing on a host’s specific port, use the following command:

If you want to use a random source IP, type the following command:

You can also use a random source port:

Please only use this for testing purposes and target your own machines.

If you want to sniff all the data that is passing through a network, first turn your wireless card or adapter to monitor mode.

A deauth attack is a type of wireless attack that targets communication between a router and one or more devices connected to that router. Effectively forcing the target machine to disconnect from the access point.

To do this attack, use the following command:

If you plan to attack all clients in a gateway, type:

After the command issued on the screenshot above, all the devices connected to that access point were disconnected and unable to reconnect while this script was running.

To perform this attack, make sure you have a wireless card or adapter that supports monitor mode and turn it on before attempting a deauth attack. Please only use this for testing purposes and target your own machines. 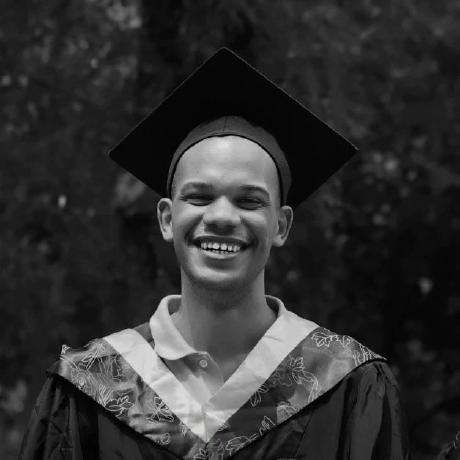 3 Subscribers 53 Watchers 14 Forks Check out this repository on GitHub.com (this link opens in a new window)