Avyukt is a Exploitation Framework which can be used to generate Malicious Payloads and exploit Windows OS. For now, I have only released a Beta Version for now. More updated features and better payloads are going to be added soon in the final version.

General Info about the Framework

Please keep in mind that my Framework nor me is going to be responsible for Illegal Purposes, This is only made for Penetration Testing Purpose for White-Hat Hackers

To use the Framework, You can simply download it as a ZIP File or you can clone it using this command

Before running the setup.py run these 2 commands first or else you will get error

Now, You need to direct to the directory Avyukt_Setup to run the setup.py file.

Simply type this command to run the setup

To start the Framework, You need to run this command

If you run the Framework for the first time, Directory called Output will be created

Please remember that the Framework is still under Beta Developement, More Upgrades and Updates are going to come soon

For the best results, Please use 1st payload or In-Built Avyukt Payloads as they are the best in Bypassing Anti-Virus. New implementations are going to be added soon

While generating Paylods, Keep a legit name of the Backdoor which is going to be generated as they also help in Bypassing AV, If you keep a name which looks malicious like test.exe or payload.exe it will be easily detected

For Eg. I was to use the 1st Payload, Simply type 1 or any other number in the menu you wanna use

After you choose the payload you want to use, You will have to enter values for Name, LHOST and LPORT. After you have given values for these parameters, You simply have to choose y or n if you have to add icon to the Executable which will be generated. Please note only .ico files are supported.Now, You have to enter the path to the .ico file and the Framework will do the rest.

What is NetCat Handler? 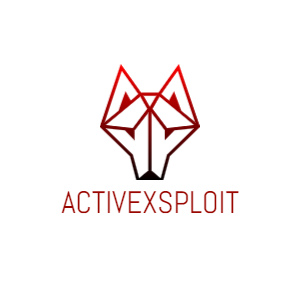 6 Subscribers 20 Watchers 6 Forks Check out this repository on GitHub.com (this link opens in a new window)